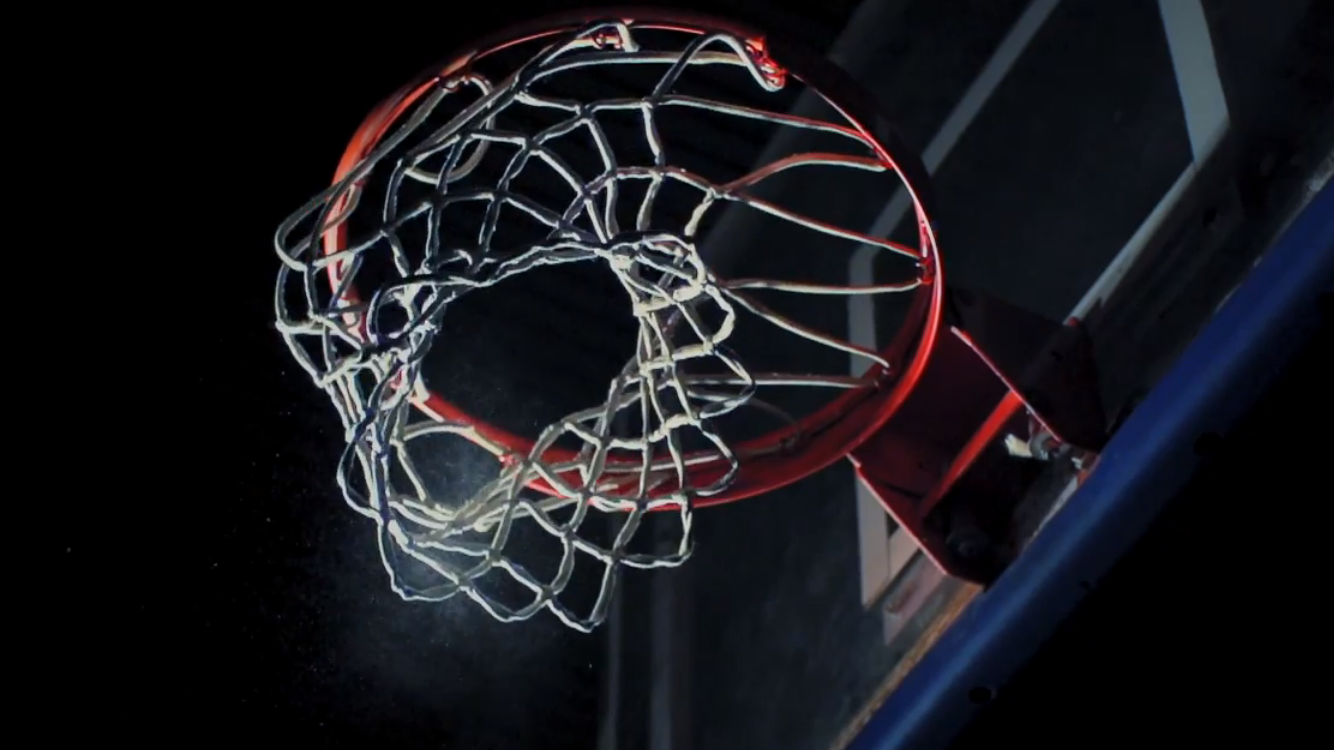 Michael's script instantly struck a chord with me. As we all do, I was making my way through the hundreds of script on the site, and when I read 'Dance' it was clear I had to make this. I've never felt such drama and poetry in a commercial script, only ever in features, and even that's pretty rare. It was perfect, and I was already looking to direct a very visual piece, so I'm just lucky it was still available and very grateful that Michael trusted me with the script.

I made sure we got a Nike basketball...that was about it.

The community centre around the corner gave me a two hour booking. It was cheap, and it was close.

I hadn't shot my own thing in a while, and I figured I'd get behind the camera since there weren't any actors to worry about. Although, both my assistants were actor friends of mine, so there's some irony for you.

Slo-mo was the bane of my existence for weeks, it was the one wild card in the shoot. I thought, I've got this great script, it takes place in a gym without any actors, a few lights, easy. But this footage had to be very slow or else it just wouldn't work. I soon realized that it wasn't so simple, going for extreme slo-mo meant renting a Phantom, amazing but hardly affordable on our budget. Then we thought we could shoot on a 5D and ramp it up with software, but we learned that close ups of netting and dust weren't gonna fly. I ended up doing everything in camera with a Sony FS700, after doing a crash course the night before with the rental house. We still needed software for two shots, but mostly we stuck to the 240fps we shot on.

The icing on the cake was that my buddy wasn't the best basketball player. I live in London after all. It was all looking great except we weren't getting any swooshes cause the ball was bouncing all over the place. But luckily the gym had a giant step ladder, so we put him up there and just dropped the balls in.

Editing turned out to be very difficult. We wanted to do the script justice and find a way to present a poetic energy in the piece, but I'd never done anything this atmospheric before. We started with the music since it was already in the script, it worked, and the rights were available. We tried a few different approaches, but it really came together when we started thinking of the net as a ballerina. It was actually pretty similar when you compared the two: a lone figure on stage, one spotlight, moving to the music, kicking, jumping, and that brought us through to the final edit. I'd be lying if I said I didn't dance around in our office.

The dreamlike grade worked like a charm, and then we were done, the ad was sent to the writer and we hoped to start sharing it in the new year. Michael (the writer) loved it, and we could rest easy. Then about a week after Christmas, Michael came back with some new notes, the biggest was proposing an arena sound design under the music, which wasn't in the script. We weren't sure at first, but we applied a quick test to the edit and thought it was a good idea, it could probably fill it out well. We had to wait a few months to get some great sound designers on board, but it was well worth it and we're so thankful that Michael came up with that idea, now we all think it's even better for it.


Two hours was a bit tight for filming, would have been good to have another few hours to really take our time. Getting kicked out by a bunch of middle schoolers wasn't the best experience.


I never would have found this script without Spec Bank, so thanks for being the best source around! Hope you guys enjoy Nike 'Dance.'
Posted by SpecBank.com at 11:12 PM No comments: Director: Eli Green
Writer:Michael Richardson
DP: Iam Clampett
Producer: Kevin McMahon
Why this script/concept? How does it reflect your vision as a commercial director?

I originally wanted to work in comedy but when I became a DP I worked in so many genres that I lost my voice. So I decided to  find something that was easy execute and was dialogue based. And I am glad I did. It helped me find my voice again as a director and I went on to direct many different comedy spots since.
What was the casting process like?

Well I have never had much luck casting on a low budget. It takes a great deal of time to find the right actors. So instead I went to people in the comedy community and asked around, who they thought would be great for the spot. I lucked out on some great actors who gave me lots of options.
How did you search for/lock a location?

The hardest part was the location. I paid a service whom represented the house. Then I realized that even though the lawn looked great in real life, it would not be enough for camera. So, I enlisted a great Art Director Edwin Orgullo who brought the space to life with flowers and actually painting the grass a even green.
How did you select your DP, crew?

My DP has worked with me on music videos and since I keep him working on other projects he helped me on this. He was a great collaborator. In fact the whole crew is of a group I use on other projects so they were willing to help me on this. I owe everything to them in fact, because I had almost no money to make it.
How did shooting go? Any challenges?

The challenges, as always, boil down to money. You think that a simple idea could be done for almost nothing. But in fact, in commercials you need to show that you can make something great not just good. Working against time is always the challenge. Especially when you are trying to shoot during daylight.
Tell us about editing and finishing.

A relatively new editor wanted the chance to cut something so I thought it would be good to work with someone enthusiastic. Dan Lebonte was editing at a production company I was in talks with signing at the time. He did an amazing job considering the amount of different types of takes (because I let the actors imrpov a lot). He has since edited three more commercials for me and the creative agencies involved.

Color was done by a great colorist Loren White. Loren did it completely out of the kindness of his heart since he liked the spot. I owe great deal to him as well. It took my almost nine months to find the right guy.
In retrospect, is there anything you would have done differently?

They say preproduction is the director’s medium. I couldn’t agree more. Even though you want to play comedy fast and loose, you better have a good plan going in as far as coverage. I went off the boards because I saw something else possible and I think it cost me some important coverage.
Any other thoughts.

Always work with the best ideas possible. There’s no point in shooting something par. So I am in debt to the Spec Bank service. I hope that it grows more every year. Even though I am now a working director, I will always be willing to shoot great ideas for the reel.
Posted by SpecBank.com at 11:02 PM No comments: