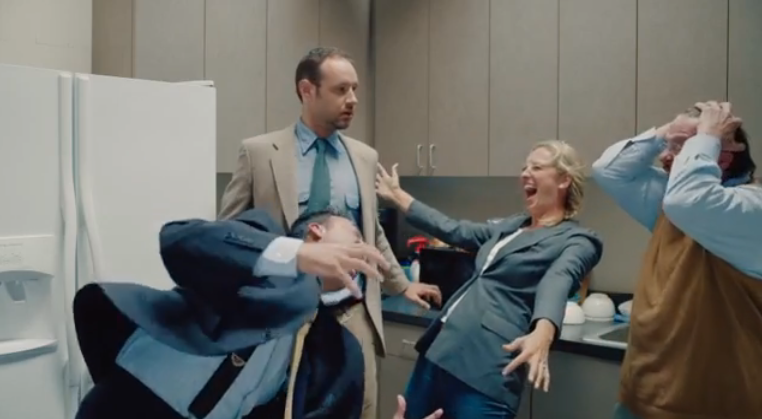 These scripts are all based on character comedy. To me they are funny because they are grounded in reality. The concepts are not broad necessarily, just twists on seemingly simple and universal concepts that people can really relate to.

The casting process is always important, but for these spots it was especially tough because I was looking for very strong, specific actors who would need to carry each spot. The spots depended on actors who were grounded and could portray sincerity, humor, and confidence truthfully. The concepts and the situations were funny and I needed actors who would not be too broad and allow the situation around them to deliver the comedy. Finding the right actors was difficult, but I exhausted all possible avenues (posted breakdowns on numerous casting sites) and even went through my entire network of acting friends to see who might be right for the spots. It took me many phone calls, meetings, and 2 full casting days to find the right people, and even then I didn’t find one of the actors to the very last slot on the last day.


How did you search for/lock a location?

Anytime you do something on spec, finding the right location is probably the most difficult thing to lock down. For me especially, it was near impossible. I was shooting 3 spots over 3 days, so besides having to find all the locations that would be perfect for each spot, I had to find locations that could be scheduled and used efficiently within those 3 days. In order to get all the spots done in that amount of time, we had to find 1 location that could work for 2 of the spots. And we had to do all of this on a budget, which made it that much more challenging, because really good locations can cost money, so we really needed to be smart about the order we shot things and the days we scheduled actors, because all of that can easily hurt your budget.


How did you select your DP, crew?

I took a lot of time finding the right key crew. First was finding the right scripts from the right writers, and Spec Bank was a huge help with that. In narrowing down scripts, I was able to really focus in on ones that would serve my voice, as well as be relatively logistically easy to shoot (no big stunts or crowds etc.). I found John, the DP, through my friends. He shot something that a friend of mine was in and I loved the look and his comedic storytelling ability. And he is very experienced in the commercial world, which was very important to me. I also sought out a strong producing partner, someone who could bring solid, experienced crew, but was willing to do so on a budget. I actually put out an ad on Mandy.com which helped me clarify what I was looking for an gave me a lot of choices. Luke and the guys at Buffalo 8 were a great find. They are hungry and constantly looking to grow their business and do interesting projects so we just hit it off right away. From there, Buffalo 8 sourced most of the rest of the crew from people they’ve worked with in the past.


How did shooting go? Any challenges?

I believe very strongly in preparation. Doing the work before hand allows the shoot day to be the easiest part of production. Yes, of course, there are always challenges on set, but if you’ve done the right work before hand, those challenges are almost exclusively about how best to achieve a shot, or how best to serve the script. And you’re free to really attack those challenges with a clear and creative mind. You don’t want to be worried about anything else on set. And as I mentioned earlier, we had a very limited window to work, and we had to be very efficient and focused. Because we all put in a lot of good work before hand, and I had great people around me who were all supporting the shoot and working hard, we had a very smooth 3 days.

It was very important to me to finish this commercial as professionally as possible, I really wanted to send it through a high level post-production process, just like a regular network commercial. Yes, I could probably save some money if I edited, sound mixed, and colored them all, but there are really talented people who do those things for a living, and are really good at them. So why not let them bring their expertise to my project. Commercials are nothing if not extremely collaborative, and good post-production people can really bring out the best in a spot. I followed a similar process as I did when finding key crew and casting: I exhausted my personal network and professional job posts all while looking for that magic combination of experience and hunger. I was lucky enough to find Eric who is an extremely talented comedy editor, and John (DP) recommended Cody (Colorist) while Chris (sound mixer) was a Buffalo 8 recommendation.

Yes. Always. It’s called “learning”, and I wouldn’t have it any other way.
Posted by SpecBank.com at 9:20 PM No comments: 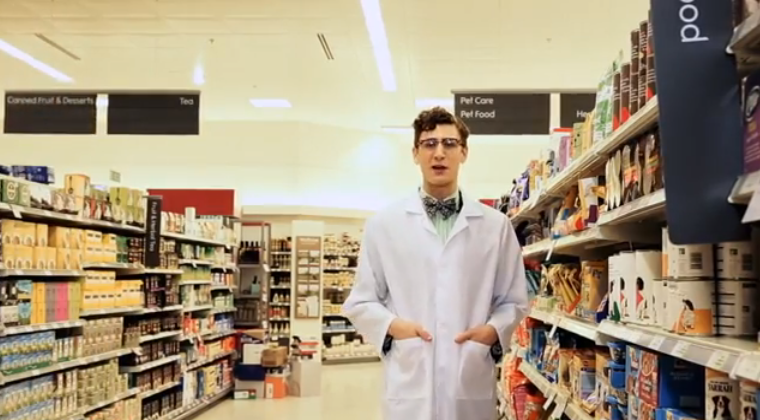 Concept is always key when building your commercial reel and the quality of the script was the main factor.  It had a clear punch line and structure.  I have mainly worked in the storytelling space/beautiful images but this spec helped broaden my portfolio showing that I wasn't pigeonholed to just those niches.

The casting process was relatively indie.  My brother and girlfriend have both been trained as thespians and their looks were right for the vision.

I had a mutual friend with the DP and we were put in touch to make this ad as he is also interested in building his commercial reel.  He did a great job; it's lit beautifully and cleanly.  Sacha is currently at Met film school and brought some of his friends and collaborators to work as crew.

Shooting went fine.  The only struggle was the timing we had in the supermarket.  We underestimated how long it would take to set-up and just got our takes before we were chucked out!

I edited and graded the piece as I have some background in post-production.  We shot the ad on a 5d mkiii and were going to shoot with ML RAW capabilities.  However, as you can't playback with ML we just decided on using the standard video settings and applied the beautiful CINEMA picture style which enhances the cinematic quality of the camera. Lastly in the grade I used FILMCONVERT to give that added quality to the image which I think turned out well.

In retrospect I would have maybe edited to dog sequence running around the house a bit quicker and had him doing more activities. As an editor I have always aimed to shoot for the edit but getting some more coverage if you have the time is a must.
Posted by SpecBank.com at 9:11 PM No comments: