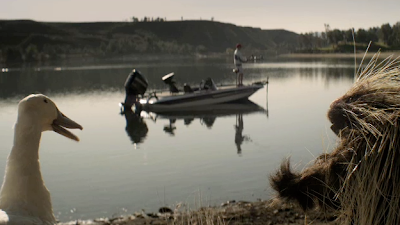 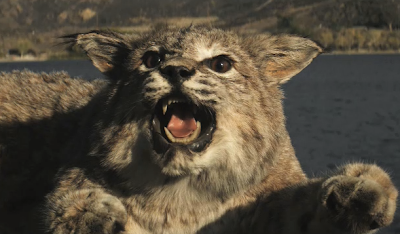 Posted by SpecBank.com at 4:22 PM No comments: 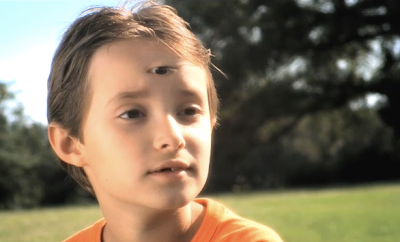 Why this script/concept? How does it reflect your vision as a commercial director?
This spot was heavily dependent on dialog, casting, and making the eye look real. And the strategy was clearly reflected in the idea of "different".
I am drawn to ideas that with the exception of one small twist, might otherwise be pretty unremarkable. Add that twist to it, and it stands out from the crowd. And hopefully it's funny along the way.

What was the casting process like?
We cast long and wide for this spot. It really had to work with the boy. If we couldn't have found the right child, we would have looked for another concept. Sometimes the spot comes together in the casting, and if it doesn't -- move on. Or keep looking. And if you can't....well, start lying.
We saw a lot of talented child performers, but they had a certain show biz quality to them I was looking to avoid. The hard thing with spec work is that you're probably not paying very much,
so you get younger people just starting out in the biz, or older people trying to break into the biz. In this case we got really, really lucky.
Zander came in, and he was the 'real deal.' He was new to the biz, and had not yet developed those performing tricks that kids use to land the Disney spot. Then Bryan, his "Dad' came in, and they both looked they could be related, and we were off to the races. Bryan was just old enough to be his Dad, as he was 'new' to the biz, having just come from years of theater work and grad school.

How did you search for/lock a location?
We needed a large yard to work in. The key to making spec work look like 'real' work is to make the same choices you'd make if you were being paid for the spot.
Which means I can't shoot it in my buddy's back yard in Burbank. I like to use long lenses and back off the subjects, so we needed a large space, with a great-looking house in the background. So we used Will Rogers State Park in Topanga Canyon. That's Will's house you see in the background. His front yard is about the size of a Par 3 green, so we had plenty of space in which to lay dolly track, fly 20x20's, etc.

How did you select your DP, crew?
Having previously worked with everybody previously on spots and promos, I leaned on them for the low, low almost-free rate.

How did shooting go? Any challenges?
Although the blocking is very simple, we were always racing the light. State laws regulate how long a child can remain on set, so we had to give him up for schooling, mandated breaks, etc.
And we're in a canyon, so the light fades fast.

Tell us about editing and finishing.
Filmworkers in Dallas transcoded the rd3 files to Avid DNX files. We sent our Avid EDL to N2o Editorial in Dallas, where the agency is located. N2o used Autodesk Smoke to composite the eye from a series of close ups we shot during the day. The guys at Tracy-Locke set up all the post, so it worked out really well. Another reason why spec spots should come from agencies actually creating spots, and not that great idea I wrote just before last call on a bar napkin.

In retrospect, is there anything you would have done differently?
Not in terms of my directorial choices. If we'd been paid for the spot, I would have chosen the same location, the same talent, the same wardrobe, etc. Our post workflow was a bit complicated because our editor is an Avid guy, and the Red Workflow is so much easier if you're working in FCP with an Intel box. But in this case it was a bit easier for the final conforming of the DNX files using our Avid EDL. So next time we'll edit in FCP. Smoother workflow for the time being.

Any other thoughts.
Wish me luck on getting signed. Shooting specs spots is expensive..........
Good luck.
Posted by SpecBank.com at 4:05 PM No comments: