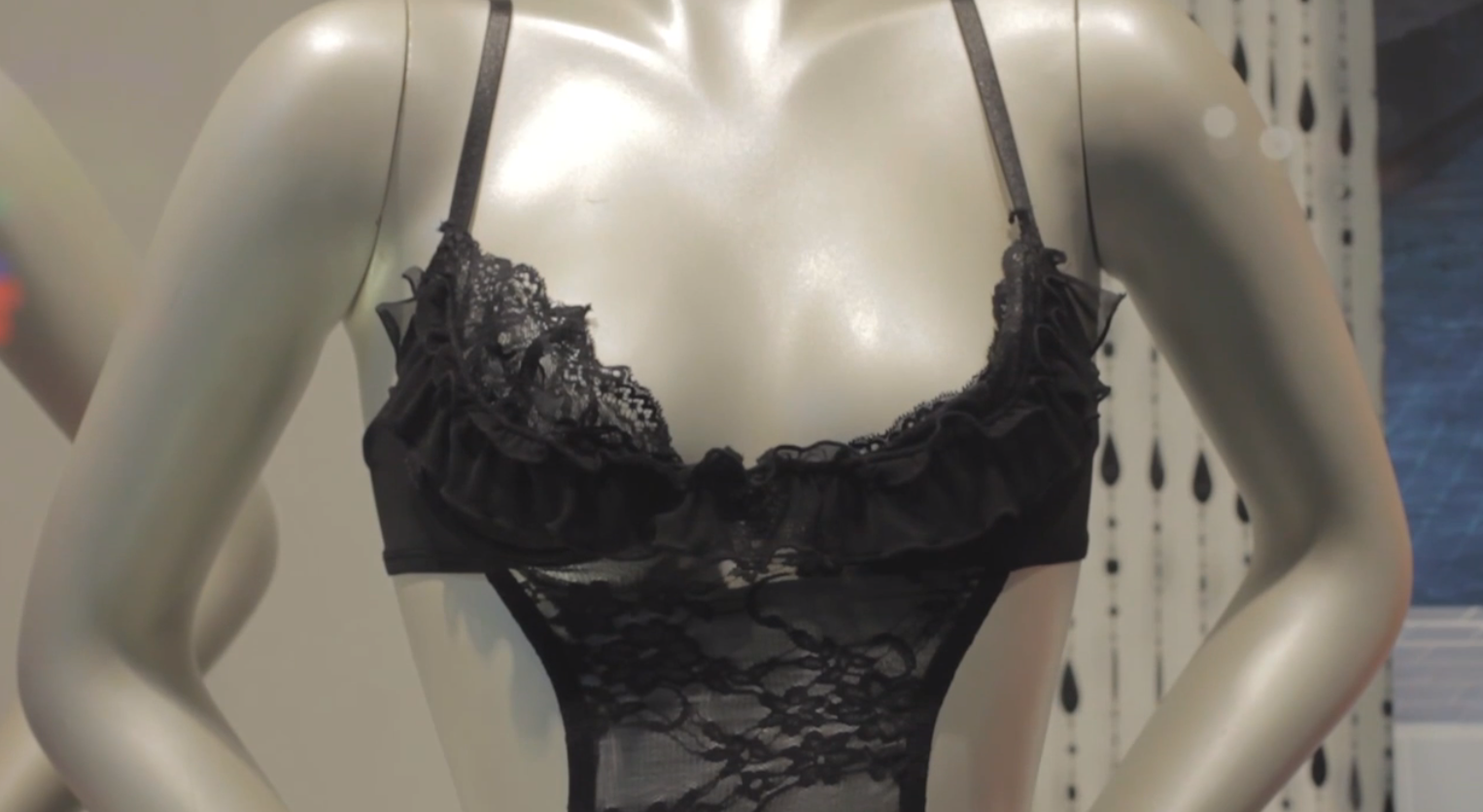 Nathaniel Upshaw – Director/Producer
Dan Sorgen – Writer
Chloe Weaver – DP
Brandon Godsey – Actor
Aldon Baker – Sound Designer/Mixer
I knew I could pull off this spec with a small budget and really loved the idea that presumably this lonely guy is experiencing excitement in a heightened reality, then his bubble pops and we see him in our cold and cluttered environment peeping at Frederick's of Hollywood display window. I love telling stories when character's feel alive in their dreams, but are forced back into reality with subtlety like the phone call in this spec because we assume the call is part of the dream until it cuts out.

After the reading the script for the first time, I immediately knew you imagine a person in their mid forties or older having a mid-life crisis, but I had to leave that expectation for a newer, yet relatable character and that's where our newfound father/husband comes in. He had to look like a young man that grew up too fast for his own good because he thought that's how life works. So, I thought of any baby-faced actors I worked with, remembered only one, but he had drop out of the project because he had a death in the family right before the shoot. Then, I panicked, call another director friend and asked if he knew any baby-faced actors and suggested another whom I had met before, but never worked with and that's who you see in this spec; Brandon Godsey was hilarious!

I knew Chloe Weaver would be my D.P. because she loves comedy projects. Plus working with her on my last short and working for her numerous times helps in the decision process. The only other crew member was myself and Aldon Baker who I wanted to work with for months, but our schedules never meshed. He was our Boom Op/Mixer/Sound Designer. I like working with skeleton crews because everyone is helping and working rather than having extra crew waiting around for something to do.

Shooting went extremely smooth. I thought we would run into noise complaints because we shot most of the spot in a residential alley from 10pm - 1am, but no one bothered us and same thing for the Frederick's of Hollywood storefront location which we shot around 1:30 am on Hollywood Blvd. in LA. Some cops drove by and definitely saw us, but nothing happened.

Editing was seamless for me after the first rough because I laid out most of the shots according to my storyboard and was shocked to find out I had runtime of forty-nine seconds instead of thirty to thirty-five. After that I worked with Dan Sorgen, the writer of the spot, who suggested these subtle, yet sage ideas to improve the story that I never would have thought of; one them was the police siren wailing by. Mostly everyone who's seen the spec likes the jump cuts that accentuate the heightened reality (around the eight second mark) which I agree with, but I really like the match cut out to the wide where we first experience his reality because you feel as if you've been pulled out of this dream with him.

I seriously wished I would have built an animatic and timed each shot on the day of shooting to my animatic because I wanted to have an estimation of how much time I would be over to cut out in post. Also, there was this one shot where he looks in the mirror and it's the only shot that is somewhat of a voyeur moment that I really wanted, but we have to "kill our darlings" to fit the bumper and that voyeur shot needed "slaying."

My last words are to be over prepared to the point where you think and feel you're ready, then prepare some more because I never liked storyboarding until I directed this spot and really wished I built that animatic.
Posted by SpecBank.com at 9:18 PM No comments: