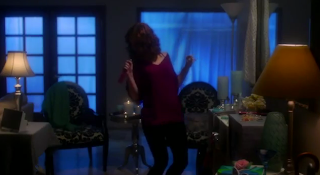 
Why this script/concept? How does it reflect your vision as a
commercial director?

The reason I chose this script was that there was very much a feminineempowerment as well as a normality that I believe all women wentthrough when it came to dating. Then also, I'm a big fan when it comesto using thematic or memorable songs that you saw from films or tv inthe past and that as a director you get the chance to make and relivethose songs in a different format and have it shown to a newer andeven older generation.

I was fortunate to have a good cast that knew what I was looking for.They understood the concept of the script.

Like everyone else who can't afford a locations manager or locationsservice company, craigslist. lol

Lately, I've been working with DPs from AFI. That school produces goodDPs. I found Richard, who is a AFI alumni, on AFI's site where thealumni's keep in contact with the conservatory. But really what mademe choose him was based off of a feature film he did and he used theSony F3 which I was eyeing to use.

I think the shooting went smoothly especially that we were up againstrain and limited resources. The real challenges were pre-productionand the post-production.

The editing I did myself on FCP. I always wished to give it to someonewho is an editor because you never know what they may surprise youwith, but when you go over budget there's rarely any money to hireanyone that is passionate and experienced at the same time. But I waslucky to hire an experience colorist from the industry that gave me agreat deal.

There are so many things that I could of done differently, and as adirector you're never going to get the same outcome that you visionedbefore shooting it. But overall, I tend to keep those thoughts tomyself and just learn from it.
Posted by SpecBank.com at 11:01 PM