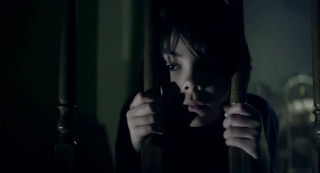 I was looking for a darker spot, but I also wanted something that was emotional.  Alex Harvey wrote a great script that was emotional but not overly sentimental.  I feel that PSA’s are tough, because they can feel like Hallmark movies or have too much shock value.  This script hit the balance just right.
Visually, I wanted a voyeuristic look.  We shot on old Russian anamorphic lenses to make everything feel slightly off.  Handheld camera.  I deliberately shot actors from askew angles... instead of the normal straight on close up.  Ideally, I would have shot 16mm and chosen a stock with a high level of grain, but the budget is what it is, so we had to shoot digital.

Even though the actors only appear on screen for a few seconds, I needed to make sure those seconds felt authentic.  I gave them a concise back story about who their characters were and what the relationships were like.
When auditioning, I first I had them read it cold with me.  If I could, I had the male and female actors read together, and I would have the man read it angrier, in order to get a strong reaction out of the female.  The toughest part was casting the child...  He had to have the right look but also be able to act.  I only felt like I saw one kid who could pull it off and luckily I got him.  Before the final take, I told him to imagine his dog died, which worked.... even though I feel somewhat guilty for manipulating a child.

The DP, Jon Peter, is a friend of mine from film school at USC.  We always had the same sensibilities and I love working with him.  He always has great ideas and is great to work with.  Pam CHien, the PD, is also an excellent designer.  The producer is another friend from USC who operates a production company in santa monica.  I really feel lucky to have them all help out.

It went pretty smooth.  Since I knew we would find a few shots that weren’t storyboarded, I left a little bit of extra time in the day.  I shot the child first because I knew that would be the toughest and he did get a bit tired.. but he did a great job.
Tell us about editing and finishing.

I worked with a great editor, Kevin Ray.  He fit me in between editing a Danny Glover feature and he’s great to work with.

I might have changed the VO in the beginning of the spot.  Other than that, I’m pretty happy with it.
My site is www.vimeo.com/joshuaty